Tip: The museum shop is the perfect stop for kids and all technology geeks and freaks. Here you will find a wide range of science toys and tech gadgets from experimentation sets till bubble rockets. 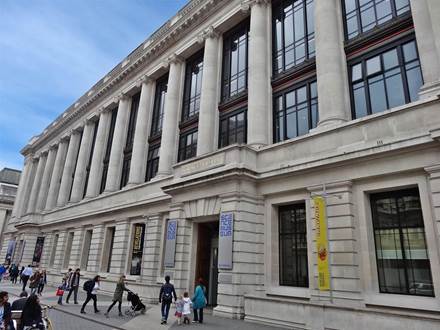 The Science Museum in London shows highlights from the world of science with several interactive stations for children and adults. The various exhibitions are spread over 5 floors.
As in the other public museums the admission to the permanent exhibitions is free of charge and it is only asked to make a voluntary donation. However, this does not happen in a such discreet way as it is done in the most other public museums. At the entrance, sometimes the visitors are personally asked by a staff member to make a donation. Nevertheless you are free to make a donation. The situation is different for some temporary exhibitions and 3D film screenings which are subject to a charge.
A pedestrian tunnel leads directly from the underground station South Kensington past the Natural History Museum and the Victoria and Albert Museum to the Science Museum.
This museum is very well suited for a family visit. However, you should be prepared for large crowds of visitors on weekends. Especially at the interactive stations and the fee-based 3D film screenings you should expect some delays. 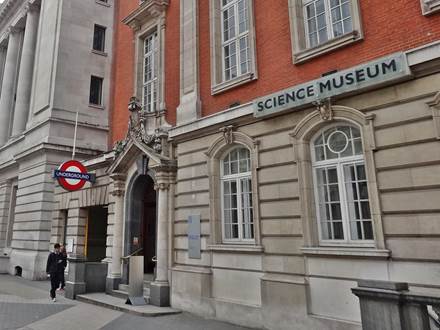 Highlights of the Science Museum:

1. In the Making the Modern World Gallery on the ground floor (level 0) you will find the most famous exhibition objects. Including Puffing Billy, the oldest still preserved steam locomotive from the year 1813 and the Apollo 10 command module which flew 1969 around the moon to prepare the lunar landing of Apollo 11.

3. The Who am I? Gallery is located on the level 1. Here you have the possibility to learn more about yourself. What makes a human being? How will it develop? Some samples of the questions which will be answered by many interactive stations.

4. The Flight Gallery on the level 3 shows milestones in the history of aviation. This includes also the Hawker P1127, an experimental model which led to the development of the popular vertical takeoff aircraft Harrier.

5. The Atmosphere Gallery on the level 2 is a very modern and colorful area on the subject of climate. With the help of interactive stations you will learn more about the past and the possible future of our climate. 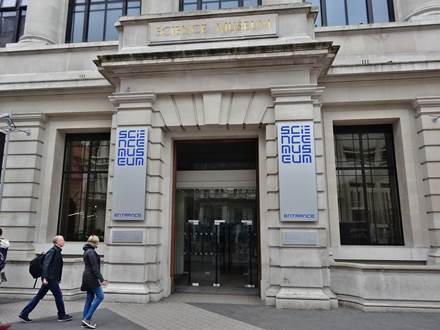 Entrance at the Exhibition Road 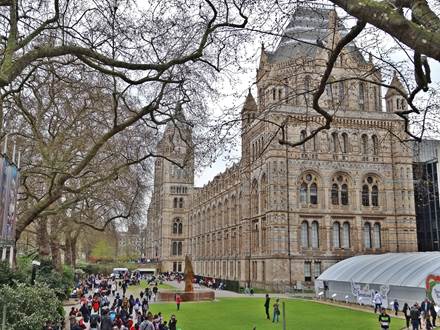