Tip: You should not miss the highlight of the museum. The Victorian Walk gives you the unique chance to travel back in time and experience a shopping street in the 19th century. 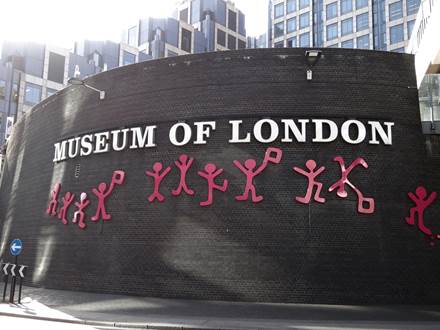 Map with Museum of London

The Museum of London gives you a good insight into the city history with the help of models, original objects, interactive stations and some film screenings. Due to the vivid presentation the visit will be interesting and entertaining for both, adults and children. Recommendable for all London tourists who want to learn more about the city and the history but do not want to spend too much money. The entrance fee is free of charge.
The Museum is built up chronologically with different galleries according to the city history. Each of them is covering certain time ranges. Depending on your personal interest you can decide easily which time areas you want to explore in detail.

How much time should you plan for your visit? 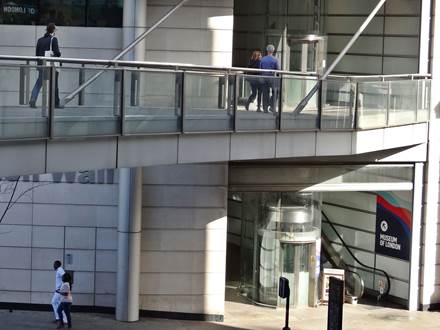 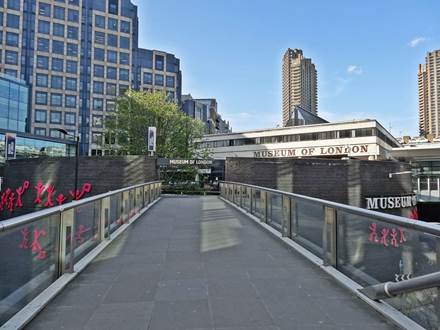 7 Highlights you should look at:

1. The Roman Room with the Bucklersbury mosaic shows vividly the comfortable live of wealthy Roman people at approx. 300 A.D. in Londinium, the London in the Roman period. The mosaic floor of the sample room was discovered in the year 1880 at the Bucklersbury street in the City of London. The cold and rainy weather in England was rather chilly for the southerners so they had already some kind of floor heating under the mosaic.

2. The Fire of London Experience is a multimedia show which gives you information about one of the most horrific events in the city's history. The Great Fire, which broke out in the year 1666, burned almost for 5 days and destroyed large parts of the City of London.

4. The Victorian Walk shows a small area of London in the 19th century with shops, buildings and premises of this time period. Stroll past some shop windows to get an idea of the shopping possibilities and the living at that time.

5. The Selfridges Lift originates from the famous department store. It was put into operation at Selfridges in the year 1928. Since the year 2010, you can examine the lift with artful decorated bronze panels here in the Museum.

6. The Lord Mayor’s Coach is one of the most famous displayed items and it is located in the City Gallery. The coach was built in the year 1757 and is beautiful decorated in rococo style and many parts are gilded. This noble vehicle is still in use. Once a year it makes its way through the city. Every November the mayor travels by the coach to his official appointment as part of the Lord Mayor's Show.

7. The London Wall are the remains of the old Roman city wall. This was built about 200 A.D. by the Romans to protect their important port on the River Thames. The remains are not indoor, but right next to the Museum of London at the corner towards Noble Street. Perfect for a side trip before or after your visit.

Link to the museum:
www.museumoflondon.org.uk 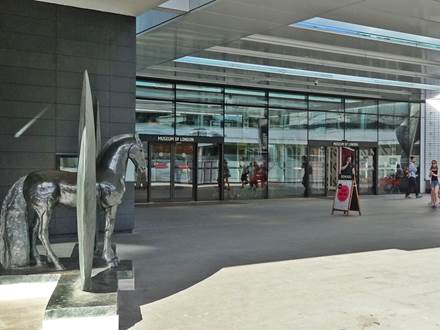